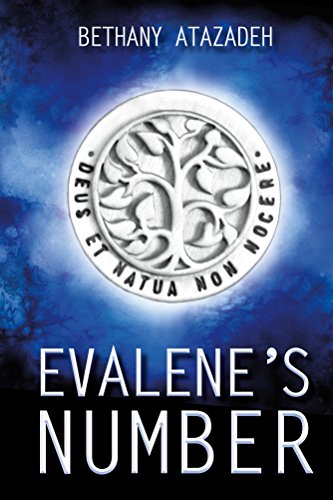 I absolutely LOVED this book! I love dystopian novels, and the premise of Evalene’s Number drew me in right away. I actually found it to be a little bit more unique due to the Christian/religious elements that ran through it because I haven’t come across many books like this in the Christian market. And, while there is a focus on these elements in the story, Bethany Atazadeh does a wonderful job of presenting without preaching. It was quite interesting to see her take on what happens when men claim to speak for God as a measure of control over others, and how the characters responded with their own faith or lack thereof.

Evalene is the daughter of parents with high numbers, which give them an elite status in their world, but things quickly turn sour for her on her own Numbering Day and she must learn how to adapt to her new circumstances. I thought that the representation of what her life was like after numbering was very realistic for the type of world that they lived in, and I found myself cringing during her interactions with certain characters. (And being angry at the whole system in general.) She’s been raised to believe that everyone has a place in the world and that it’s determined by this high or low number which must be lived by until they die. [TINY SPOILER: Even after she finds herself in better circumstances, she struggles to separate her identity from her number.]

What I loved about Evalene were her normal reactions to everything. She wasn’t necessarily “brave” or “heroic” and she spent a good part of the story simply surviving. She was the reluctant hero who discovers who she is on the journey and her personal story ended up being like the last puzzle piece that finished off the picture. Ultimately, she had something important to offer and, for me, it highlighted the idea that each person is valuable. Neither higher nor lower than anyone else.

Bethany Atazadeh’s writing style pulled me in and kept me turning the pages. Some of the best writing that I’ve read in a long time. I did notice a small continuity error, but she has since released an updated version of the book (with a really cool new cover!) and I believe that the error has been corrected. The rest of book was so well done, though, and I was not slowed down at all when I came across it. All of the characters felt like they were well thought out and each had their own personality. Some elicited positive feelings, and others made me want to jump through the pages and start knocking heads against things. I thoroughly enjoyed reading this book because it was so well done across the board. I highly recommend Evalene’s Number and I can’t wait to see what book two, Pearl’s Number, has in store when it releases November 13, 2018!

I give Evalene’s Number 5 out of 5 stars!

Check out Bethany’s website for more information on how to find her book!