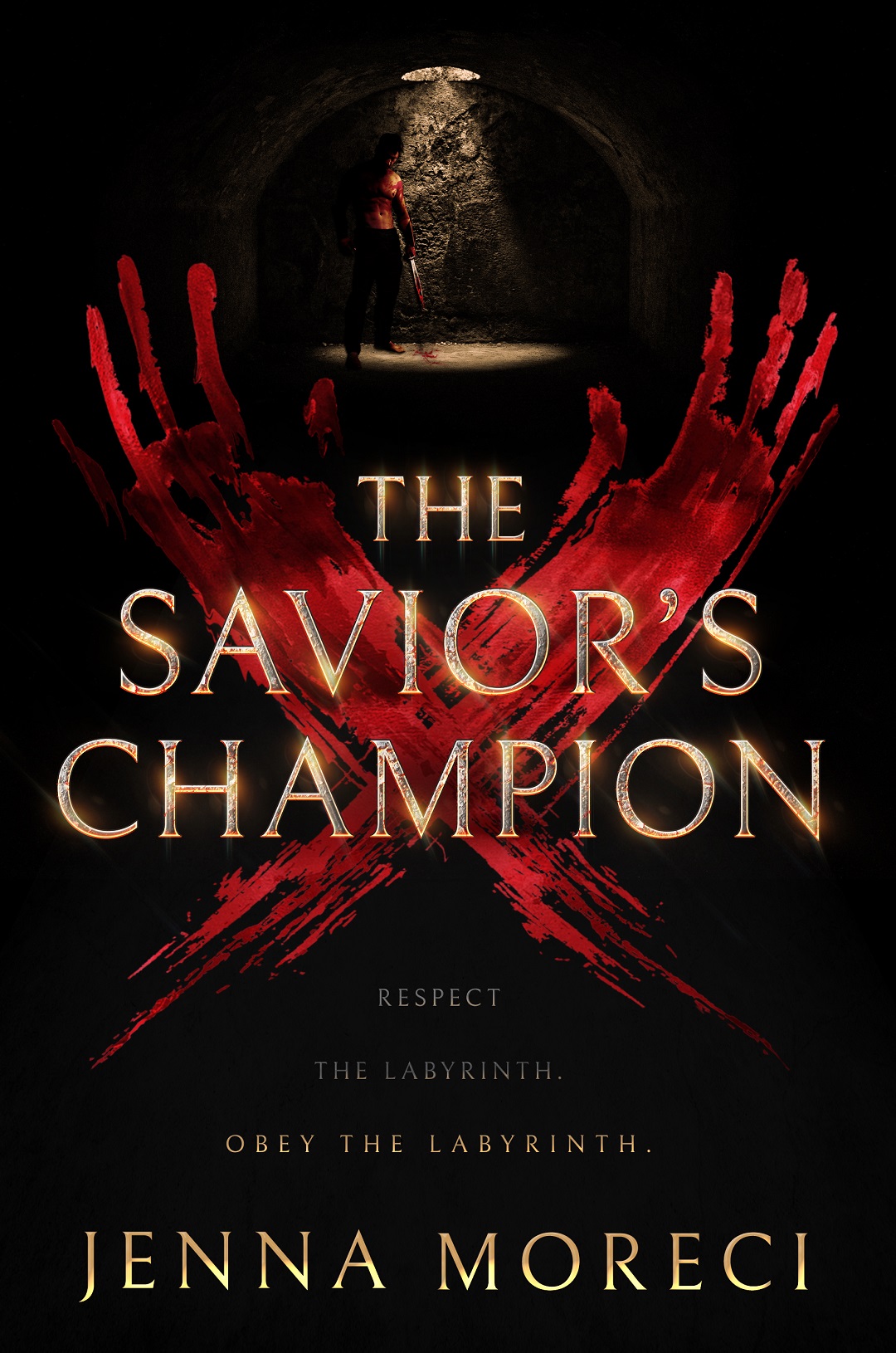 The Savior's Champion by Jenna Moreci

WOW. If there was one word to sum up my feelings toward The Savior’s Champion by Jenna Moreci, “wow” would be it. I was thoroughly impressed with the quality of this story. It had my heart pounding through its entirety, the characters were well developed, including those that had little page time, and I found myself highly invested in multiple characters that WEREN’T the MC. It’s been awhile since I’ve read a book that made me care about more than just one or two people, and I really appreciate Jenna’s effort in creating 3-dimensional characters.

[MILD SPOILER: I think the only question that I was left with, based on certain characters’ traits, was why they didn’t try to strangle each other in their sleep. There didn’t seem to be consequences to killing off the competition outside of the trials, other than alliances, so I felt like it would have made sense for there to be a bloodbath right at the start. Aside from that, I found Jenna’s story to be thoughtfully crafted and compelling.]

The main character, Tobias, is a really good guy but he’s not infallible, which is an important trait for a hero. He doesn’t go into the Savior’s Tournament for love of the Savior. He really doesn’t care about Her. What he does care about is his mother and sister who deserve better than what he’s been able to provide for them. And so he throws himself into the ring with 19 other men who will fight him, to the death, for the Savior’s hand in marriage.

Once he is bound to the Tournament, he discovers rage inducing enemies and perplexing friends, all of whom he must defeat is he hopes to survive. He doesn’t always pay as close attention as he should, and sometimes it felt like he paid TOO much attention to things that could get him in trouble. Bonds are forged and lines are crossed, and the Labyrinth claims many. Tobias needs to use all of his strength and wits if he wants to make it through, and it’s pretty satisfying to see his development as time goes on.

This story does include a bit of romance as well, and it’s both heart-warming and entertaining to see Tobias interacting with someone who isn’t trying to kill him. I don’t want to give away any real spoilers, so I won’t say how it goes for them, but it is a nice diversion from the bloodshed and politics of the rest of the story. It made me happy that Tobias had someone to talk to and confide in. He’s a genuinely good guy who just wants to take care of his family and, without feeling that desperate need to help them, wouldn’t have put himself through the tournament with its trials and tribulations. He, like a number of other competitors, didn’t deserve the pain of the Labyrinth. (Although, some of them very much did!)

Throughout this book, I laughed whole-heartedly, rolled my eyes, gasped in surprise/fear/horror, mourned, hoped, and felt so many other emotions. Jenna has done an amazing job giving us a fully fleshed out story with twists and turns (quite literally) and built up to the next book in the series spectacularly. I recommend this book if you’re a fan of fantasy adventures/thrillers with a dash of romance. Fair warning though – there is a lot of “colorful” language and some adult elements. I wouldn’t recommend this for younger readers. It’s definitely NOT YA. I thoroughly enjoyed it, though, and I’m eagerly awaiting the sequel, The Savior’s Sister.

5 out of 5 stars for The Savior’s Champion!

Check out Jenna’s website for more information on how to find her book!